Those art work displayed at the gallery were mind blowing, I bet many people could not believe that it was all done using the humble colour pencil 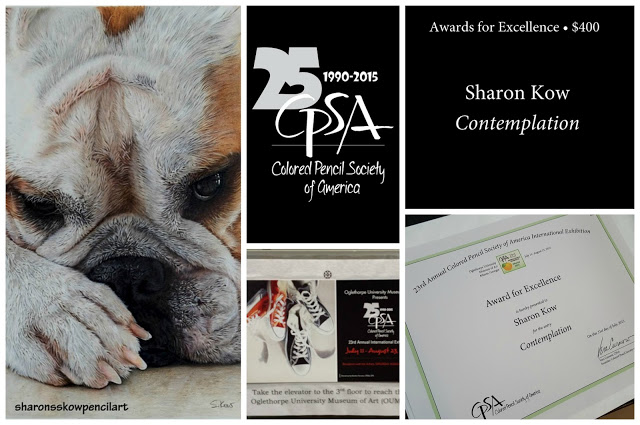 I really do not know how to describe my feelings when I walked into Double Tree Hillton Atlanta on the 29th July 2015, Wednesday where the 23rd Annual Colored Pencil Society of America (CPSA) convention was held. 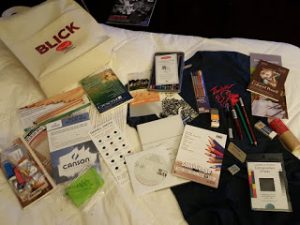 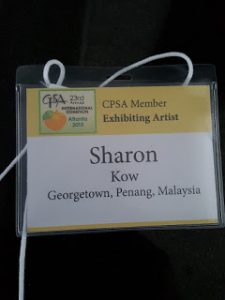 I remembered registering myself at the CPSA meet and greet counter where I received my goodies bag and also my name tag and the minute the person behind the counter realised that I came all the way from Malaysia, she and her friends, who are the CPSA Atlanta DC107 Chapter,  gave me such a very warm welcome, I was blushing by then.

The set up in the Hospitality Suite, with so many ‘treasures’ was a sight to behold. Better than any art outlet I have ever been in Malaysia because it was all things colour pencil. I was like a kid in a candy store. There were so many freebies by sponsors and we were free to pick anything we need or more accurately, what we want. I really have to restraint myself from taking too much, sigh… How I wish there was something like it over here.

Members of CPSA started checking in from all over United States and I was greeted by artists who are friends of mine on Facebook. I was so happy to meet everyone in person, we had so many things to talk about and got to finally meet each other in the flesh. By late afternoon on Thursday, almost all the CPSA members who were attending the convention arrived. 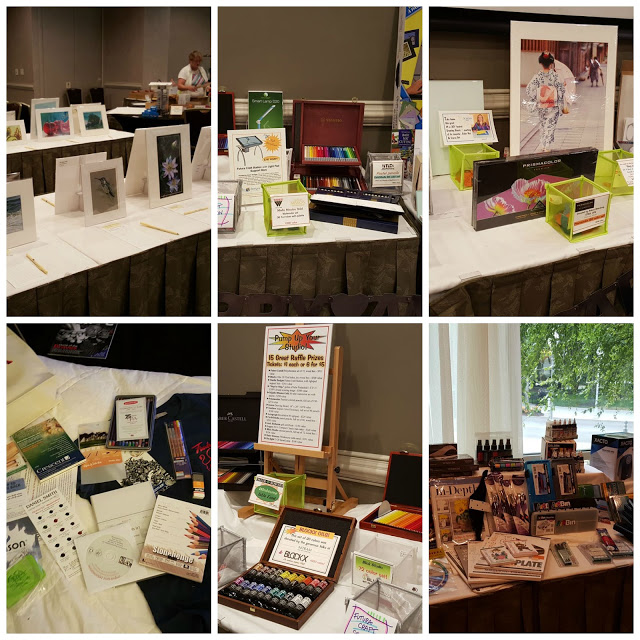 Thursday evening was the Art Gala and Silent Auction event which includes the door prize and raffles drawings. That was also the night where all the entries to the competition were shown in a slide show. So many beautiful art pieces from all around the world, I was proud to see both my fellow Malaysian cp artists, Carolyn Chua and King Wey Heng’s art pieces in it.

The raffle drawings and the silent auction were the highlight of the event, exciting shouts and sighs were heard when the lucky winners were announced. And that was just the beginning of the fun in the convention.

The next day, me and few friends decided to visit the Art Gallery at the Oglethorpe University Museum of Art. It was located about 20 minutes drive away. We want to spend more time in the Gallery to enjoy each and every piece of art work. Those art work displayed at the gallery were mind blowing, I bet many people could not believe that it was all done using the humble colour pencil. It really motivated me and made me strives to push myself over the limit with my art.

I got to meet so many ‘superstars’ of the colour pencil circle personally and hoped that they brushed off some magical touch on to me.

Friday night was the Award Banquet night. Everyone was dressed to the nines. I was so nervous because after seeing all the breathtaking art work in the Gallery, I was having self doubt moment. The only person that I have told about my award apart from my immediate family was Dianne herself because she was the closest person I had during my trip in the U.S. and she kept the secret extremely well.

The banquet began with a speech from the CPSA Founder, Vera Curnow and Bernard Poulin, who is Vice President Emeritus of the National Governing Board. Both gave such inspirational speech and presentation. Not an easy feat to keep CPSA running for 25 years.

Immediately after everyone have had their dinner, next came the announcement of awards. Award winners were asked to take a stand and go forward to the front of the stage. I was so doubtful that Dianne had to shout across the table asking me to stand and walk up. I was in a dazed because there were only 16 awards and I still could not believe I am one of them.

When the Award for Excellence was announced and my name was called, I walked up the stage feeling like I was in a dream. I cannot recall what was said about me, all I know that I saw a blur and heard the audience clapping. Truly, it was a terrifying moment but a memorable one. 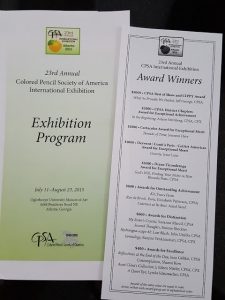 Everyone who received the award kept their secret very well, imagined that we have been spending time together the past couple of days and nobody knew who wins any award. We teased each other when we all came forward to sit at the reception area. Of course, those artists who won the award were not a surprise to me because they were legends of the colour pencil community. We had the youngest award winner, Jesse Lane, whose work was mind blowing, so young, only 25 years old. And also, an artist friend of mine on Facebook, Jonavon Herr, whose work I truly admired, won 3rd place. Too bad that he could not make it to the convention because of health issue.  The overall winner of the competition was Jeff George, one of my hero in colour pencil art. He is such a humble and down to earth person and I am glad I got to meet him in person. There were so many talented and well known colour pencil artists, the likes of Arlene Steinberg, Tracy Frein, Elizabeth Patterson, John Ursillo, Ranjini Venkatachari, Lynda Schumacher and many many more and I am truly humbled to be amongst them.

I have made so many new friends in the convention, each and everyone of them was so friendly, they really made me feel so welcomed. Especially Nenette Santos, who hails from the Philippines but now residing in California,  who is now my new best friend on Facebook. I hope I could attend more of the convention in the near future but who knows what the future lies. But if not, I could at least look back and say that I have been to one and it was a glorious experience. 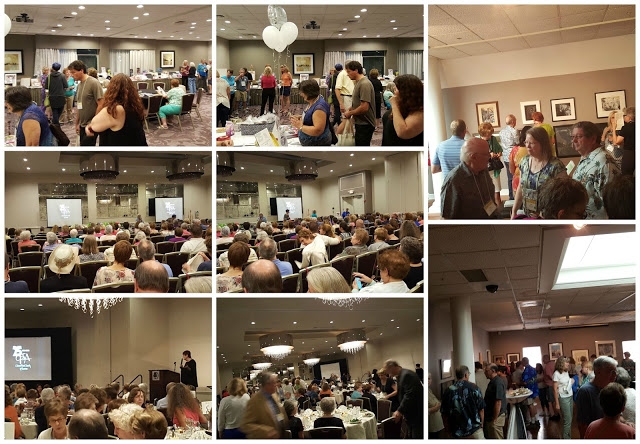 Last but not least, I treat myself to an expensive gift, The Caran D’Ache Luminance 6901 set of 40! So precious because it is expensive and I could not get it in Malaysia!

Oh, that by the way, was a gift from my dearest hubby to me, I am keeping my prize money in my bank account, LOL!!! 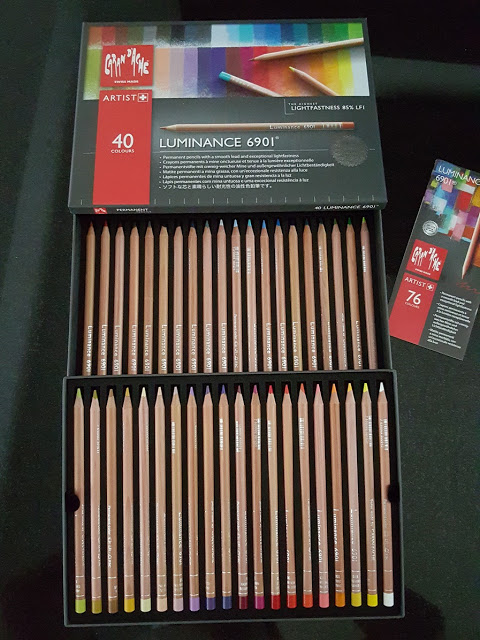 All these wonderful experiences that I had would not happened without the support from my dearest husband, Eric. Because of him, I have the luxury of  dedicating all my time and effort into my art work. I owe him big time and I thank GOD for giving me everything that I have today.