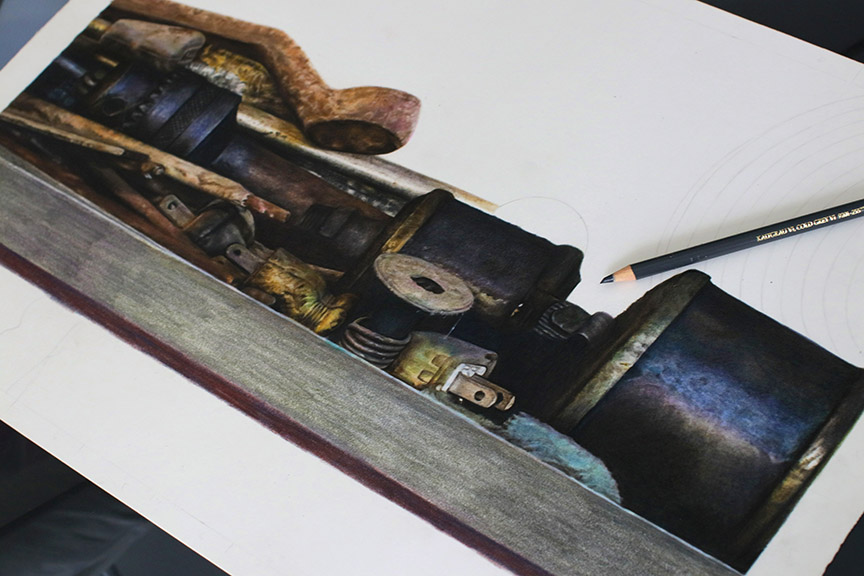 My late father was a handyman. There was nothing he could not repair around the house. He had this heavy duty military type toolbox where all his previous tools were kept inside. He made sure to keep every tool well oiled and in good working conditions. Anybody who uses it without putting it back where it belong, will be given a good lashing. That was how precious those tools were to him.

I was trained by him to recognised each and every tool in that box. Whenever he had to do any repair works, whether it was his bike or the house, I was to be his assistant to hand him those specific tool. Oh, I could not remember how many times I got rapped on the head for handing him the wrong tool. Maybe it was a good thing eh, up till today, I can name most of the common tools.

I found this pile of rusted tools on a shelf by chance, in a metal museum during my trip to Taiwan early this year. They were so many beautiful old metal things lying about and I was quite dizzy with excitement. It took me a while to discover this set up by one side of the wall. It did not attract my attention initially but as I walk passed several times, I felt as though they are beckoning me to stop and really look. Well, I get that feeling all the time. 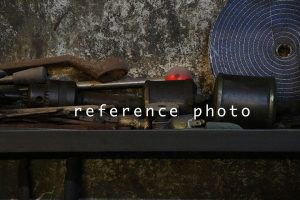 After standing and staring at it for quite some time, I begin to see the possibility of that in a painting. The beautiful shades of rusts tinged with that striking blue and red were so inviting.

To tell you the truth, I really do not know any of those tools except for the wrench and I think, a sort of pump to lift heavy things. Totally no idea what was that red thing with the stick. I only found out that the denim roll is a buffer for metal surface from a friend on Facebook. 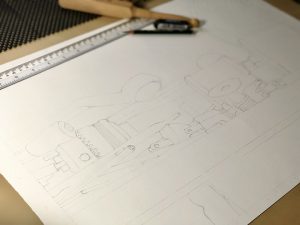 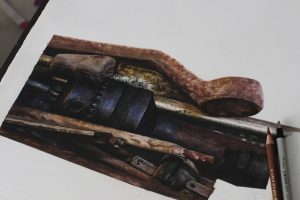 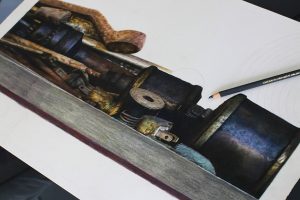 With the piece, I am using solely Faber-Castell Polychromos on a 140 lbs (300gsm) hot pressed Lanaquarelle watercolour paper. These two really complement each other well. The pencils glides on effortlessly on the surface, pigments are so rich and saturated. Perfect for subjects like this. The only downside of this paper is that it could not take many layers very well. The surface is not as ‘solid’ as the Arches papers. They are very much ‘softer’ compared to the Arches and therefore, if I were to do a much complicated or larger pieces, I will stick to the Arches.

The whole process of the painting was surprisingly, very relaxing. Not one hair pulling moment with this one. I believe that the main reason was because of my love for all thing rusty. While working on it, I swear I caught a faint whiff of grease oil…. 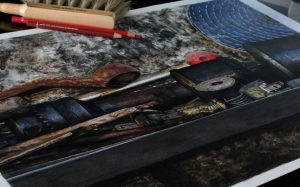 Many of my artworks are based on subjects that are easily recognisable. It is also a metaphor of our lives. All living things get old and eventually disintegrates. What is left are the memories that linger on. 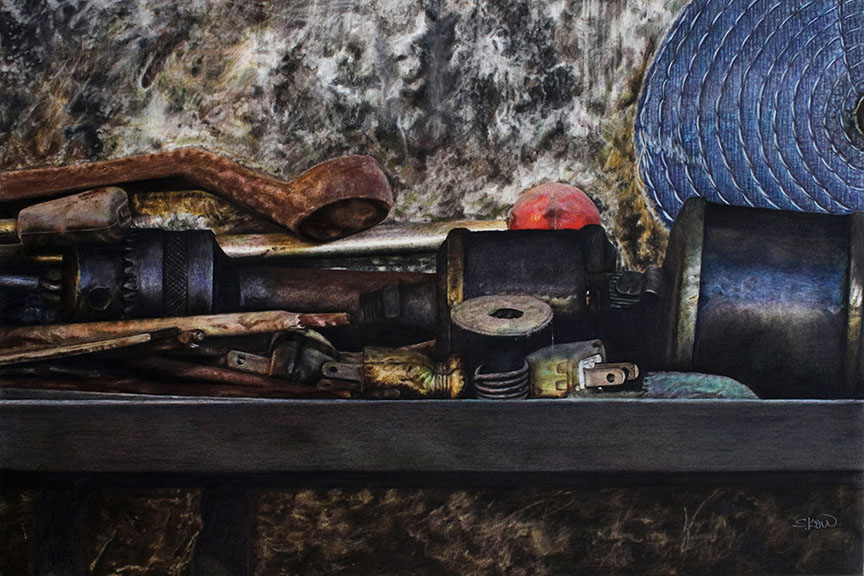