The origin of facial make-up used in Peking Opera can be traced back to the Southern and Northern Dynasties Period, more than 1,400 years ago 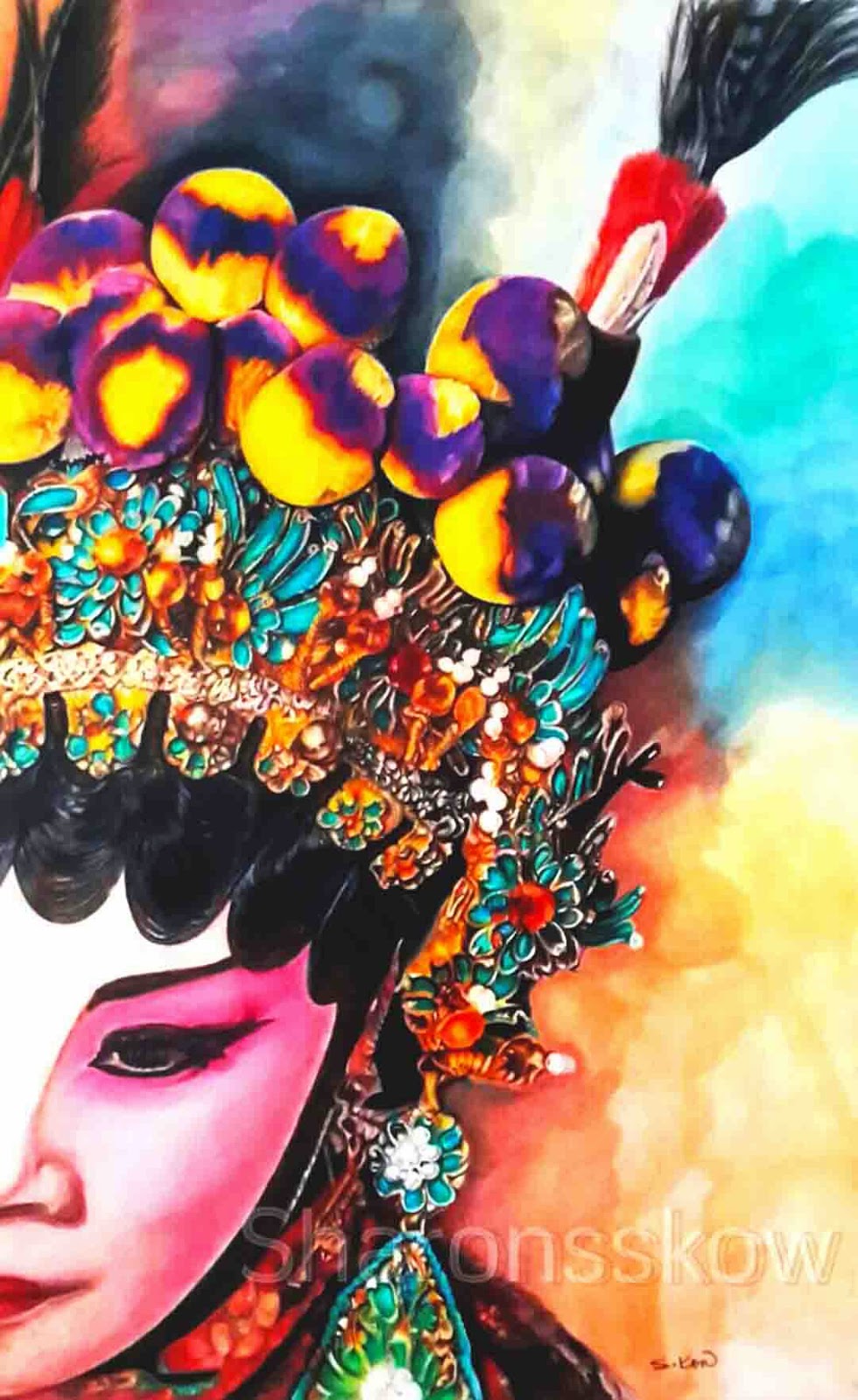 The origin of facial make-up used in Peking Opera can be traced back to the Southern and Northern Dynasties Period, more than 1,400 years ago, when leading actors used to wear masks.

As the operatic arts developed, performers gradually took off their masks and painted colourful patterns on their faces instead so people could better see their facial expressions.

Facial make-up enables audiences to grasp the personality of a character portrayed and the character’s social status at a glance.

Many societies in the world adopt colours associated with symbolic meanings. The same is true in China and in Peking Opera.

Peking Opera uses different colours in facial make-up to exaggerate or distort a performers’ features, but originally, only three colours were used — red, white and black – each with its own symbolic meaning. Red is the colour of loyalty, integrity and courage; black suggests a serious and taciturn disposition, including strength and roughness; white reveals a crafty and suspicious character.
– (http://www.ebeijing.gov.cn/BeijingInformation/BeijingHistory/) 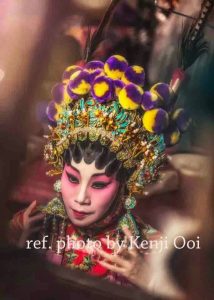 I have always been fascinated by the costume and make-up of the Beijing Opera performers but never could get a good enough reference photo. I came across this stunning photo on Facebook, taken by Mr. Kenji Ooi, who had kindly given me his permission to use it as a reference photo.

What attracted my attention was the headdress. I wanted to mainly focused on it rather than doing the whole photo. I cropped the photo to give it a mysterious feel (the half face) so that the focal point will be on the details of the head piece. I wanted this piece to be extremely colourful to portray the eastern culture. 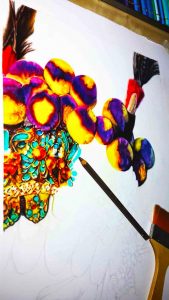 I have decided to solely use Caran D’ache pablos pencils on this, they do have a nice feel to it, wonderful colours but not as smooth as Faber Castell’s polychromos. I recently realised that the pablos are wax based pencils, that was why they don’t glide on as well as the polys. The good thing about pablos was that I did not encounter with any wax bloom. The only downside is that their blacks are not as dark as the polys, I have to use the black from Lyra Rembrandt polycolour (another good oil based coloured pencil).

I usually start my work on the left so as not to mess up the paper and my wrist. There were many colours involved just on the pom-poms. It was fun and I had comments that it was a weird colour combinations of yellow and purple, but hey, it turned out very striking in a strange way.

The tedious part was the individual jewels of the head piece. I have to complete each stone before the next because there was no one coloured piece. Each stone contained several mix 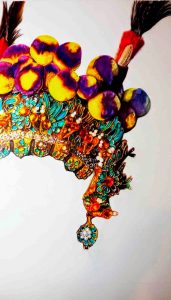 of colours. Took me almost 2 weeks just working on the headdress.

Next came the background, I really could not afford to colour the whole page with colour pencils so I decided to use Faber Castell’s Albrecht Durer watercolour pencils. Those colours, after blending them with water, turned out to be so striking that I have to mute it down using some whites and Derwent’s blender pencil. Was not really happy with the outcome but at this stage I don’t think I could trash it.

So, gritting my teeth, telling myself that it was OK, I proceeded to do the hair and the face, thinking that it will be easier compared to the head piece and boy, I was so wrong!

The blending of the face make up was tough! I did not want it to be too red so I have to colour it very lightly and carefully. The make up have to look smooth but showing contours, not an easy feat. 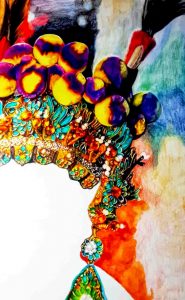 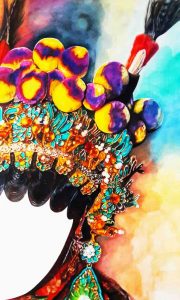 Overall, I am quite satisfied with this, it shows the oriental side of me (all the striking colours), which I rarely do. This piece really shows off the beauty of colour pencils. Well, it should because I have used almost all the 120 choices of colours.

One of my Facebook acquaintance suggested that I do a sequence of such painting, I am flattered but perhaps not so soon, who knows? I may see something similar like this in the future and my fingers start to get ‘itchy’…….