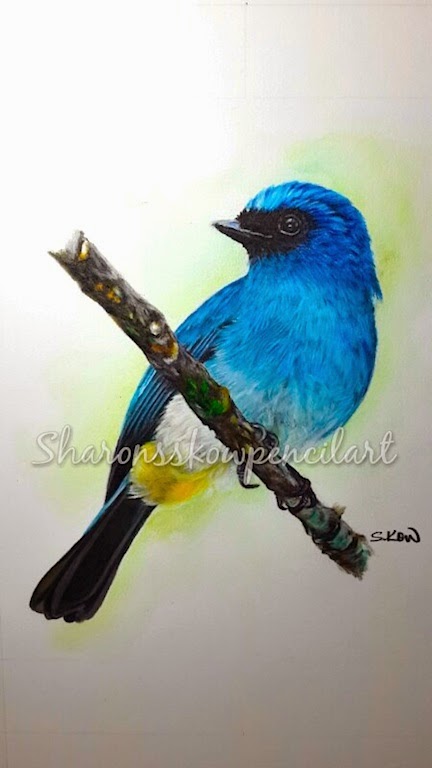 A very different type of work compared to my usual pieces. As you can see from my previous work, I like to do mainly still life or scene/picture with stories. These birds were a request by a repeated client  as commissioned pieces, a gift to her mother this coming Mother’s day in May 2014. 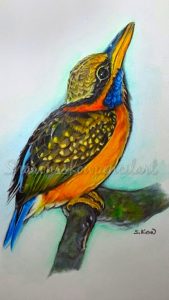 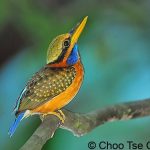 She had suggested earlier last year that I should be doing birds as part of my work as they are quite a lot of birds lovers in this part of the world, especially if they are colourful ones. But I was just not interested enough to do it as part of my collection. 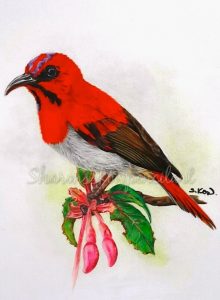 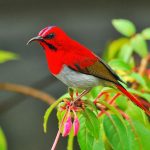 So, one fine day, after much thought & persuasion from her, plus her plight to do something special for her mum, I gave in.  She recalled that her mother had told her it’s auspicious to have 7 birds, either pictures or paintings, hanging in the house. We both were clueless as to why it has to be so, perhaps some feng shui thingy.

My client came across beautiful pictures taken by a professional Malaysian photographer, Choo Tse Chien. She was smart to write in and request permission to use his pictures in his virtual gallery at http://www.pbase.com/tsechien/birdsofmalaysia. What was shocking that, she got a reply from his father, informing her that Tse Chien had passed away several years ago, not only that, he’s also lived in Penang. His father had kindly gave the permission to use the photographs but requested that she give Tse Chien due credit for his work if there is any public display of the paintings. 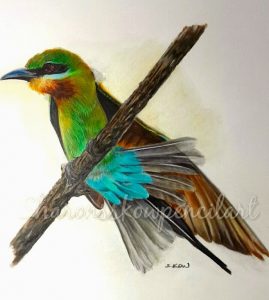 After receiving the email form his father, my client found that these birds paintings will even be more meaningful. Apart from the beautiful Malaysian birds, it will be a tribute to Tse Chien’s wonderful work.

So after much shuttling of emails on the selections, she finally picked these 7 birds, they are : 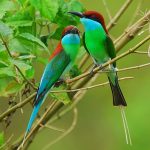 I’ve decided to paint it on a A4 sized paper, it was a very challenging work, to me, as this was a very different approach to my normal kind of work. I re-did the Bluethroated bee eater 3 times!! First was because of the background, it came out awful! The 2nd time was the paper quality because for these I’ve decided to use wax based pencils as I have quite a collection of. I’ve learned that for such tiny work with so many fine details I have to use very smooth surfaced paper. It was FRUSTRATING, I almost gave up! 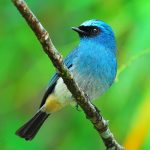 But with the encouragements given to me by my coloured pencils artists friends on FB, I persevered. It was extremely challenging to the mind and skills. I’ve spent at least 5 hours a day on it, always, after the end of the day, I’m so drained and disturbed. Disturbed because what I was doing was not up to my standard of work.

I keep telling myself to be positive in thoughts and give my all in this job. Well, after completing all these beautiful creatures, I sat back and really look at my work. It turned not too bad. I guess what drained me was the multiple pieces at a go. I never like to do my work simply because I have to. If I’ve decided to do a piece, I have to give my all, it have to be PERFECT, to me.

My client is happy with the work and I really hope that her mother will think so too. 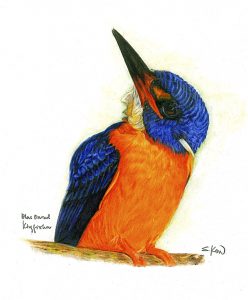