For One More Day

For one more day 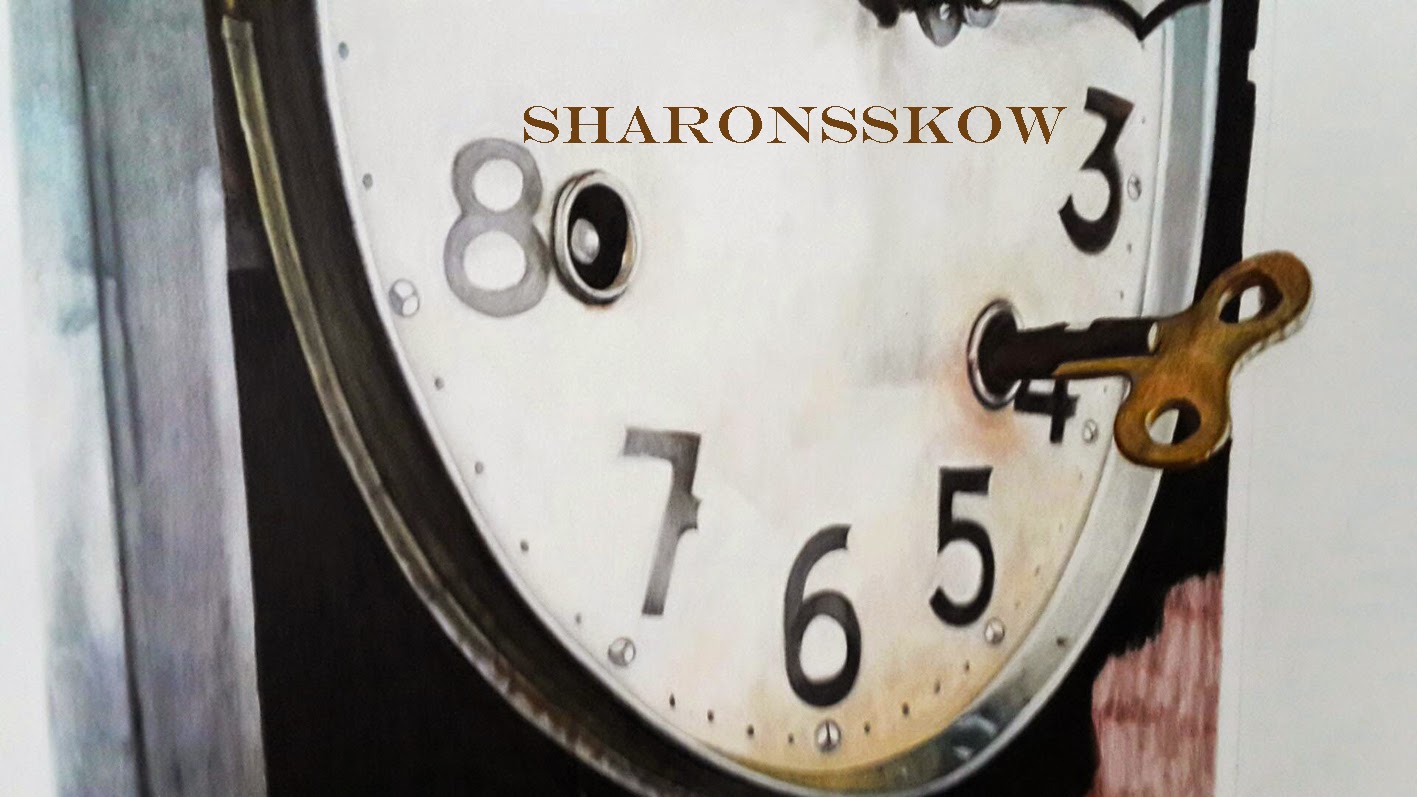 Before deciding on doing this, I was about to do another painting. Don’t know why while I was in the shower, I keep ‘seeing’ this old clock in my head, the vision was so vivid and the weird thing was that I hardly paid any attention to it, even though it was on the wall right on top of my working table.

I immediately went to my work room and took it down, with the help of my daughter, started taking pictures of it using only my mobile. I took it at several angle, making sure I get the exact picture as visioned.

The first hurdle was the oval shape of the clock face, just could not seem to get it quite right until my dear friend, Barbara, told me about the bendable ruler. It helped a bit. 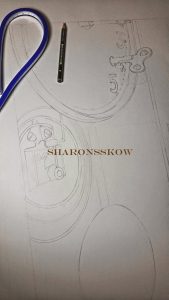 The numbers were tough because I could not trace it nor do the grid. I have to do it free hand. Among all, the 8 was the killer. it was because of the angle of the clock face. I have to redo it many many times and at last decided to leave it be. Forget about doing exactly like the photo, just let my hand and my eyes do the work.

The surface of the wood, the mechanism and the clock face was

surprisingly a breeze. I did not expect it to be easily done. It was a real pleasure seeing the textures came to life. The colours of the numbers were also quite pleasant to work on, all I need was to with a light touch, add in the darker shadows here and there and voila! 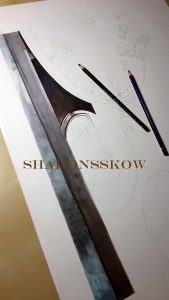 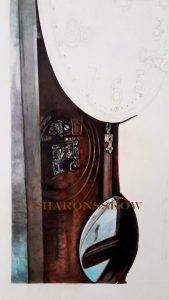 Now back to the 8, I do not know how many times I have erased and re-do it until the paper surface started to peel. I told myself to give up and let it be.  It may not be perfect but I have tried my best because any more undoing, I will have another additional hole to the clock face.

The tedious part was the dark surface on the right part of the painting. It has to be very dark but not purely black. I have to layer it with reddish undertone to get the warm tones of the wood.

Lots and lots of layerings and that was the most boring part of this painting.

Overall, it turned out quite satisfactory but I am not very happy with it. I see flaws everywhere which I think I could do better but alas, the paper would not take any more abused. I usually put my complete piece aside for a day before I sprayed on the fixatives. but with this, I did not wish to leave it for another day because I know, the next time I see it, I WILL do more adjustments.

I have finally used my expensive Caran D’ache pablos coloured pencils and surprisingly, I found that I still prefer my Faber Castell polychromos. But it was not wasted, will still use it for future pieces. 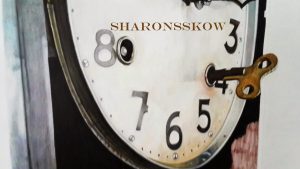 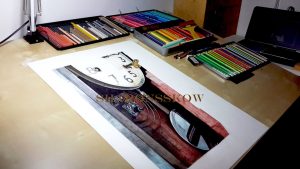 “For one more day”. Sounds familiar? It was a novel by Mitch Albom. For those who have read it w

ill know that it was a heart touching story about longing, wishing and

regrets. I was having a hard time naming this piece. I always prefer to have a title before or during working on a new piece. Since this clock was a house warming gift from my late father, and the inspiration came suddenly without warning, I love to think that my father was the one who gave me the idea of the doing this old clock.

With the key in the keyhole waiting to be wind up, it was as though I could use it to turn back the time and spent another day with him. Oh, how I wish I could….. 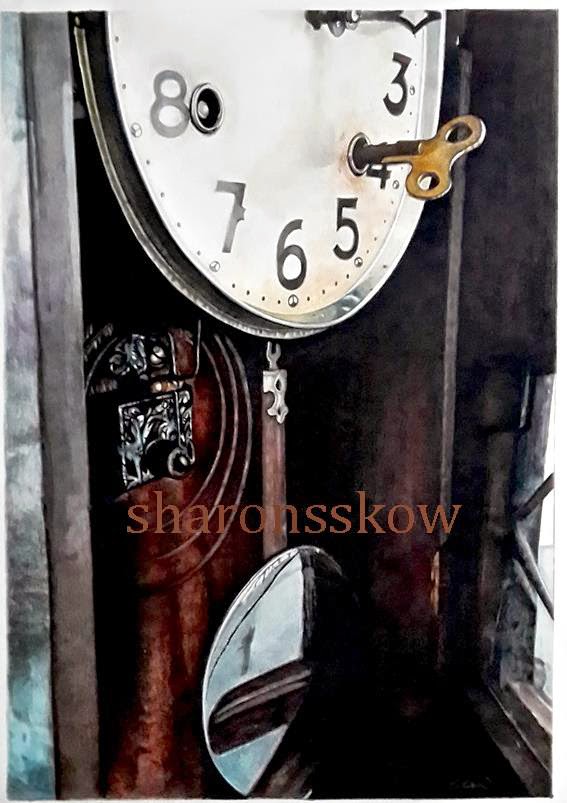